What are carbon credits?

Carbon credits take many forms, but the term generally refers to a tradable certificate which gives its owner the right to emit one tonne of carbon dioxide (or an equivalent amount of another greenhouse gas).

The EU’s Emission Trading Scheme was launched in 2005 as the world’s first carbon market and it remains the largest. The scheme issues carbon credits (European Union Allowances), and until 2021 also allowed for the use of carbon offsets. While credits represent the right to emit carbon, offsets are generated through projects which reduce emissions. So if a company running a factory in Germany wished to exceed the emissions permitted by its allowances, it could buy more allowances in the market, or could purchase offsets (generated by a renewable energy project in Spain, for example) to maintain the overall emissions equilibrium.

The Emission Trading Scheme (and others like it, including California’s cap and trade system) take a market-based approach to pricing carbon credits. The price of the allowances is set by the market and allows firms to determine whether it is cost-efficient to emit more CO2. Firms will bear the costs of having to buy further credits if they exceed their allowances or can generate profits from reduced emissions by selling allowances. Electric carmaker Tesla has generated in excess of $4.4bn through carbon credit sales since 2008, including sales of $2.4bn to its petrol-powered competitor Fiat Chrysler.

A lot of hot air?

This revolutionary approach to emissions management is a key pillar of energy policies worldwide but has also created tradable commodity assets which are open to speculation. Buyers can take positions based on their views that credit prices will rise – perhaps due to government policies or industry developments. For example, the price of EU credits rose over 130% in the last year as economic activity rebounded. Today, the EU’s carbon market includes not just the c. 11,000 regulated entities which receive the allowances, but a host of hedge funds, pension funds and other investors. This broad range of participants increases the efficiency of the market overall, and has embedded carbon markets as a workable response to global warming.

Carbon markets are growing – China is launching its own scheme this year, and the UK is creating a standalone market after its exit from the EU – so investors are eyeing them up as a potential source of returns. Our view is that this relatively efficient solution to energy management should not be considered as a core asset for building out an individual’s investment portfolio. The carbon markets are established and managed with the primary aim of controlling emissions – not to serve as a reliable market for investment. For example, liquidity can be patchy (it peaks at year end in line with industry cycles but is thinner in other months). And industry concerns trump market concerns, for example in 2011 when the theft of €28m of allowances forced the closure of EU carbon markets for a number of weeks. There is also the matter of determining which carbon credits you are holding – only a handful of credits are recognised by the major systems, with dozens of others being created and traded outside of the required allowance programmes.

So, carbon assets may fit into portfolios alongside other commodities, in limited scenarios where they are stewarded by experienced investment managers, or in carefully designed structures which ensure investor protection. But, for now, simply playing the carbon price is speculation rather than investment. 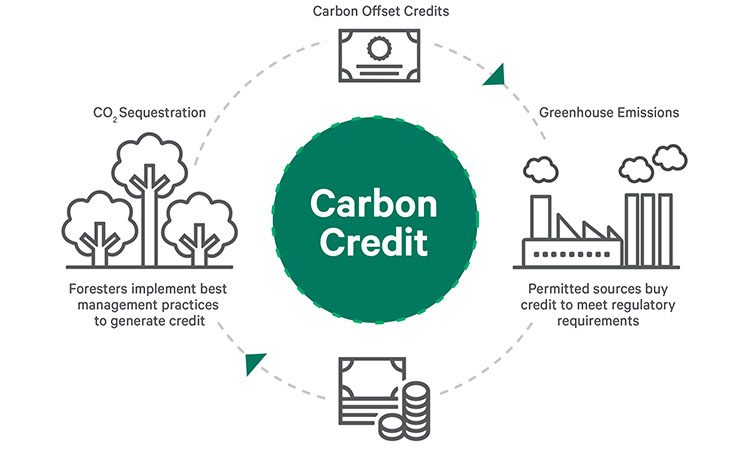