Published in The Sunday Times on October 21st 2021

I’ve a feeling this article may not age well. It’s essentially making the case for investing now. As markets trade near all time-highs, and with stretched valuations it’s a risky limb to go out on. But only if your measuring risk incorrectly.

In a recent Twitter post, a very keen observation was made about Covid-19 - some of the people who were unfazed by the disease because the fatality rate was less than 1 in a hundred, were the same people who were suddenly concerned about vaccines when they had a 1 in a million fatality rate. Vaccine hesitancy is a thorny issue, but this observation is hitting on a quirk of human nature – we are concerned about the risks of doing something, but not concerned about the risks of doing nothing.

There are many links to investing here, but the most obvious to me is the reason why there is close to €125bn  sitting on deposit in Irish Banks earning zero or in some cases negative returns. We are concerned about the risks of doing something - making a decision in relation to excess cash. But not concerned about the risks of doing nothing – not making that decision.

I think there are a couple of issues at play here. The first, and most relevant, is that how we assess risk is mostly incorrect – which means we are measuring the wrong thing and drawing the wrong conclusion.

Let me address the issue of misunderstanding risk as I think this is critical to investment decision making. It’s relatively easy to make the long-term case for taking risk by investing in the stock market. An historic chart of equities (US) shows they have been an unbelievably powerful wealth machine, and you should have a lot of your money in them a lot of the time.

I say a lot of the time – because there are periods when you would be better off not owning them. What really scares people about markets are periods like 1929 to 1954. According to the Financial Times, this was a 24-year round trip — i.e. after peaking in 1929, the US stock market took 24 years to return to its 1929 level. That’s roughly a generation - equivalent to an average person’s entire investment horizon.

But stock market indices reflect price performance only – they don’t include what an investor earns through dividends. Investors’ total return during this 24 year period was actually 4 per cent annually after inflation – i.e. in real terms. That is an unremarkable return, but acceptable nonetheless, given  it assumes the worst timing and included the depression and World War Two.

A more recent episode of this drama played out from 2000 to early 2013. Dividends on this occasion were not enough to provide a positive real return, but if you bought at the 2000 peak and held on for 20 years, once again, you earned 4 per cent after inflation annually. Clearly if you’d invested at any point after these peaks, your returns were higher, and in some cases considerably so.

It’s easy to look at a long term chart and draw obvious conclusions with hindsight. However, the long term isn’t lived out on an excel chart. It’s lived out in daily and weekly conversations. It’s lived out in monthly updates and quarterly webinars and annual conferences. Essentially, there is always a lot of noise that accompanies the journey.

The risk of short term capital loss preoccupies decision making. But that’s not the relevant measure of risk. Investing in the stock market has always involved short term losses – the market (US) declines on average almost 15% each calendar year, and sometimes twice that .

What should concern you is the real - after inflation - value of a portfolio. With inflation as your risk metric, equities and real assets become low risk given the protection they have provided against it. You should invest up to your comfort level and try to consider risk as something other than short term loss or volatility.

There are lots of imponderables with investing in the stock market. What I do know for sure though, is that it will decline. I’m just not sure when, by how much, how long the decline will last, nor what the proximate causes might be. If you can’t invest without knowing the answers to these questions, you may find yourself sitting on the sidelines as the market declines but also during its far more frequent advances.

At Davy, our investment process centers on the experience and knowledge provided by our expert team, and the consistent embedding of risk control across the solutions we provide for clients.

We create portfolios that capture long-term returns through investment in well-run, profitable, companies. We go beyond simply recommending an appropriate portfolio for a client; we actively manage portfolios with an aim to add significantly to returns over time. 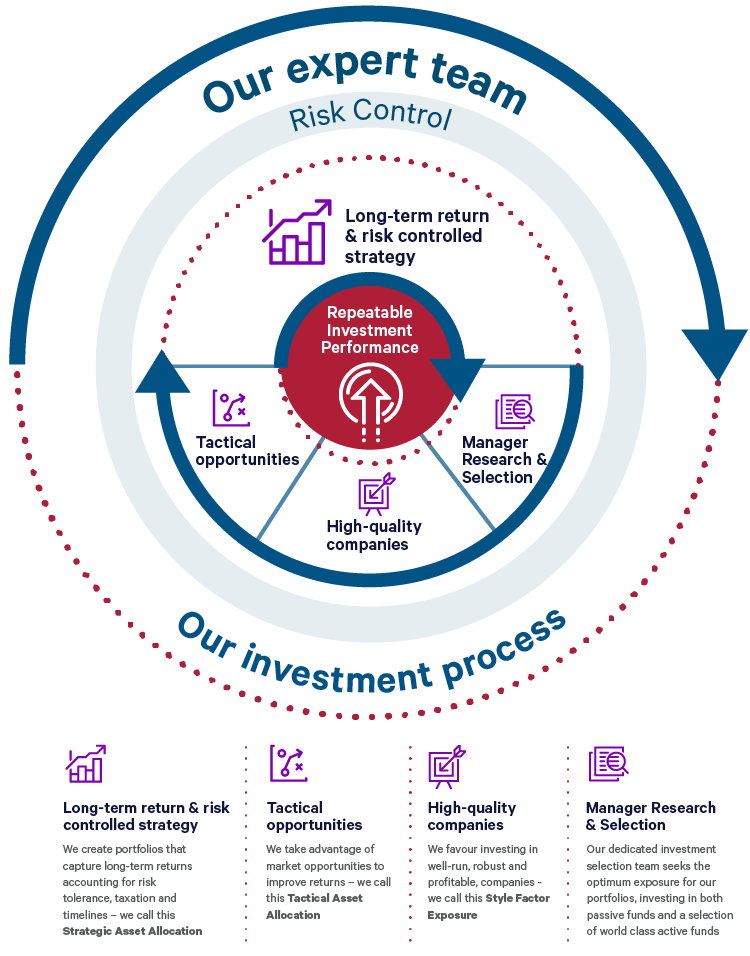 If you would like to hear more about our investment process and how Davy’s team of experts can help you build an investment strategy to meet your goals, why not request a call with one of our Advisers, or call +353 1 6143346

Warning: Past performance is not a reliable guide to future performance. The value of your investment may go down as well as up. You may not get back all of your original investment.

Warning: The information in this article does not purport to be financial advice and does not take into account the investment objectives, knowledge and experience or financial situation of any particular person. You should seek advice in the context of your own personal circumstances prior to making any financial or investment decision from your own adviser.

Is your pension fit for retirement? Six tips to bear in mind

Are you a time billionaire?